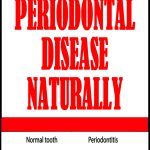 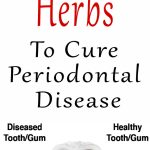 Periodontal disease is second only to the common cold as the most prevalent infection ailment in the United States. It affects 75 percent of Americans over the age of thirty-five and is the major cause of adult tooth loss. The rate of periodontal disease increase with age.

Periodontal means “located around a tooth” Periodontal disease therefore can refer to any disorder of the gums or other supporting structure of the teeth. Gingivitis (inflammation of the gums) is the early stage of periodontal disease. It is caused by plague- sticky deposit of bacteria, mucus, and food particles- the adheres of the teeth. The accumulation of plaque causes the gums to become infected and swollen. As the gums swell, pockets form between the gums and the teeth that act as a trap for still more plaque. Other factors that contribute to the development of gingivitis include breathing through the mouth, badly fitting filling and prostheses that irritate surrounding gum tissue, and a diet consisting of too many soft foods that rope the teeth and gums of much-needed ”exercise.” Genetics also may be a factor, as a tendency towards periodontal disease seems to run in families. The gums become red, soft, and shiny, and they bleed easily. In some cases, there is pain, but gingivitis can also be essentially painless.

If left untreated, gingivitis can lead to a condition called pyorrhea or periodontitis. This is an advanced stage of periodontal disease in which the bone supporting the teeth begins to erode as a result of the infection. Abscesses are common. Pyorrhea causes halitosis, with bleeding and often painful gums. Poor nutrition, improper brushing, wrong foods, sugar consumption, chronic illness glandular disorders, blood disease, smoking, drugs, and excessive alcohol consumption make an individual most likely to that develop pyorrhea. It is often related to a deficiency of Vitamin C, bioflavonoids, calcium folic acid, or niacin. Smokers are more susceptible than non smokers to periodontitis and teeth and tooth loss. Periodontal disease can be made worse by missing teeth, food impaction, malocclusion, tongue thrusting teeth grinding and toothbrush trauma.

Stomatitis is inflammation of the oral tissues and may affect the lips, plates, and inside of the cheeks. It often occurs as part of another disease, Stomatitis produces swollen gums that bleed easily. Sores may develop in the mouth and eventually become blister like lesions that can affect the gums. Two common type of stomatitis are acute herpetic stomatitis (better known as oral herpes) and aphthous stomatitis (canker sores).

Problem in the mouth often are reflection of deficiency for underline disorder in the body. Bleeding gums may signal a Vitamin C deficiency; dryness and cracking at the corner of the month may indicate a deficiency of Vitamin B2 (riboflavin). Both conditions may also signal a generalized nutritional deficiency. Dry or crack lips can be the result of an allergic reaction. Raw red mouth tissue may be a sign of stress; a smooth, reddish tongue can indicate anemia or poor diet. Sores under the tongue can be an early warning sign of mouth cancer. Regular dental checkup can help detect these conditions early.

Warning signs of potentially service periodontal disease include the following:

Caution: Do not take goldenseal internally on a daily basis for more than one week at a time, as it may disturb normal intestinal flora. Do not use it during pregnancy, and use it with caution if you are allergic to ragweed.