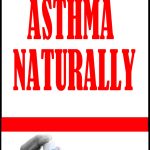 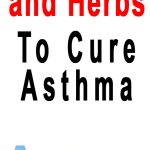 Asthma is a lung disease that causes of obstruction of the airways. it is an overreaction of the body’s own immune system usually caused by exposure to an allergen, a substance that the body perceives as foreign and dangerous.

During an asthma attack, spasms in the muscles surrounding the bronchi (small airways in the lungs) constrict, impending the outward passage of air. Asthma suffers often describe this plight as “Starving for air”. Typical symptoms of an asthma attack are coughing, wheezing, a feeling of tightness in the chest, and difficulty breathing. An attack can last for a few minutes or several hours.

The spasms characterizing and acute attack are not the cause of the disorder, but a result of chronic inflammation and hypersensitivity of the airways to certain stimuli. And attack can be triggered if a susceptible individual is exposed to an allergen, but irritants, infection, stress, exercise, use of Aspirin, ibuprofen, naproxen sodium, or other NSAIDS- or even rapid changes in weather and humidity- can trigger an attack.

There are two forms of asthma: allergic and non allergic, although the two often occurs together. Common asthma- provoking allergens include animal dander, cockroach allergens, pollens, pet dander, chemicals, drugs, dust mites, environmental pollutants, feathers, food additives (such as monosodium glutamate sulfites such as sodium metabisulfite) seafood, dairy products, nuts, yeast- based foods, fumes, mold, and tobacco smoke. But any kind of allergen and can precipitate as asthma attack. Factors that can trigger nonallergic asthma attack include adrenal disorder, anxiety, temperature changes, exercise, extremes of dryness or humidity, fear, laughing, low blood sugar and stress. A respiratory infection such as bronchitis can also provoke an attack. Whatever the particular instigator, the bronchial tubes swell and become plugged with mucus. This inflammation further irritates the airways, resulting in even greater sensitivity. The attack become more frequent and the inflammation more severe.

Asthma can be difficult to diagnose conclusively. Its symptoms may resemble those of other diseases, such as emphysema, bronchitis and lower respiratory infections. To distinguish asthma from other conditions a physician may recommended blood test, chest X-rays, and spirometry ( a procedure that measure air breathed into and out of the lungs) if not treated properly bronchial asthma can lead to pulmonary emphysema. However the prompt diagnosis and appropriate treatment, serious danger from asthma should be preventable.

Cardiac asthma is a condition that causes the same symptoms as other types of asthma, but is caused by heart failure. Intrinsic asthma, a less common form of the disease, which generally appears during adulthood, is often associated with other respiratory diseases such as bronchitis or sinusitis, and tends to appear during upper respiratory viral infection. People who suffer from intrinsic asthma are usually vulnerable to changes in weather, exercise, emotional status, and other factors related to inner feeling.

A hereditary link to asthma was discovered in late 1999 by two Berkeley, California, researchers who spliced human genes into mice and determined that asthmatic activity could be dismissed by slowing the activity of two particular genes. The value of the research, they said, search centered on the fact that scientists now have an opportunity to develop a medicine to prevent asthma, rather than merely treat its symptoms.

This genetic based research milestone in asthma prevention arrived at an important juncture. Medical scientists are growing increasingly alarmed over what they considered to be an epidemic rise in the number of new asthma cases each year. Asthma now affects more than 20 million people according to the National Institutes of health. Children underage sixteen, particularly those living in urban areas, and adults over the age of sixty-five are more likely to suffer from asthma. Almost half of sufferers get asthma before age ten. It is the number one cause of hospitalization for children, and the number one cause of absenteeism.  The incidence of asthma has short top 75 persecent since 1980 and, unfortunately, the rate among children has increased 160 percent. The cause of asthma’s continued rise over the years has researches scratching their heads and looking at a wide spectrum of possible causes, including pollution, global warming, food additives, genetics, toxins, and allergens. Recently it has been discovered that  increase in the number of asthma sufferers in the American southwest, the Caribbean, and Central Americans regions seems to have been brought on by  drought- caused  sub- Saharan dust and mold Spores being swept across the Atlantic by prevailing winds- winds that have recently changed due to the effect of global warming. Asthma Specialist speculates that rising level of environmental pollution also lead to higher incidences of asthma. Asthma epidemics related to atmospheric contamination- situations in which dust and chemical particles are abundant, especially in enclosed environments- are well known. Occupational exposure to certain substances, such as urethane  and  polyurethane, used in the adhesives and plastic industry, along with rubber epoxy resins from paint, textile cleaners fumes, dry cleaning chemicals, and others also maybe major risk factors,

Caution: do not take Lobelia internally on an ongoing basis.

Cautions: Do not take Echinacea if you have an autoimmune disorder. Do not use licorice on a daily basis for more than seven days in a row and avoid it completely if you have high blood pressure.

Other Recommendations To Naturally Heal Asthma

Caution: do not use this product if you are pregnant. Skin exposure to and undiluted oil can cause irritations insensitive individuals.

Caution: Inhaled corticosteroids can have an effect on growth in children, and the effect on eventually adult height is not known.