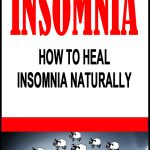 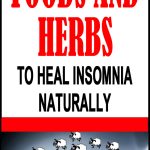 Habitual sleeplessness is classified as insomnia. Failure to get an entire night’s sleep on most nights over a one-month period can be considered chronic insomnia. It affects one out of ten Americans (about 40 million) and at least 30 percent of healthy seniors. In a National Institute on Aging study of more than 9,000 people aged sixty-five and over, more than half of the men and women reported frequent trouble sleeping. Insomnia can take the form of being unable to fall asleep when you first go to bed or waking during the night and being unable to go back to sleep.

While insomnia can be very frustrating, it is usually only a temporary annoyance. In some cases, sleep-related problems can last for months or even years.

Chronic insomnia is often a symptom of a serious underlying medical disorder. Fifty percent of insomnia cases can be attributed to depression and psychological disorders, such as anxiety, stress, or grief. Insomnia can also result from a wide variety of physical causes, including arthritis, asthma, breathing problem, hypoglycemia, hyperthyroidism, indigestion, kidney or heart disease, muscle aches, Parkinson’s disease, or physical pain. Caffeine consumption, jet lag, and the use of certain drugs, including many antidepressants, the antiseizure medication phenytoin (Dilantin), most appetite suppressants, beta-blockers (medications used for high blood pressure and heart ailments), the decongestant pseudoephedrine (found in many cold and allergy remedies), and thyroid hormone replacement drugs can also lead to insomnia.

A lack of the nutrients calcium and magnesium can cause you to wake up after a few hours and not be able to return to sleep. Systemic disorders involving the brain, digestive system, endocrine system, heart, kidneys, liver, lungs, and pancreas all may affect sleep, as can poor nutritional habits and eating too close to bedtime. A sedentary lifestyle can be a major contributor to sleep disorders.

While one or two sleepless nights can cause irritability and daytime sleepiness, with decreased ability to perform creative or repetitive tasks, most people can adapt to short-term periods of sleep deprivation. After more than three days, however, sleep deprivation begins to cause a more serious deterioration in overall performance and can even result in mild personality changes. If chronic, inadequate sleep compromises productivity, create problems in relationships, and can contribute to other health problems.

Normal sleep consists of two main states, designated rapid-eye-movement (REM) and non-rapid-eye-movement (non-REM) sleep. It is REM sleep that is most often associated with dreaming. The stages of sleep are further broken down as follows:

There are 4 stages to non-REM sleep, and the deepest two (stages three and four) are referred to as delta sleep. Older people spend less time in delta sleep, and some may not experience it at all.

There are no hard and fast rules about how much sleep is enough, because every individual’s requirements are different. Some people can function on as little as five hours of sleep a night, while others seem to perform better with nine, ten, or more hours of sleep. Most adults need about eight hours of sleep nightly in order to feel refreshed and function at peak efficiency during the day. Children, especially very young children and adolescents generally require more sleep than adults to be at their best. It is not uncommon for people to sleep less as they get older, especially after the age of sixty. The cardinal sign of a sleep problem requiring a doctor’s attention is inappropriate sleepiness, such as dozing off at the dinner table, during conversation, or while driving. Even dozing off in front of a television can be a warning sign that something is amiss with the body’s internal clock.

Millions of people have trouble getting to sleep due to a condition commonly known as restless leg syndrome (RLS). For reasons unknown, when people are in bed, their legs jerk, twitch, and kick involuntarily. Restless leg syndrome has also been linked to the painful nighttime leg muscle cramps that afflict so many people. A deficiency of magnesium may be involved in RLS, and some research strongly suggests that anemia may play a major role in this annoying disorder.

Sleep apnea affects 20 million Americans and is potentially serious sleep disorder. This problem is commonly associated with snoring and extremely irregular breathing through the night. In sleep apnea, breathing actually stops for as long as two minutes at a time while the individual is as sleep. When breathing stops, the level of oxygen in the blood drops, resulting in oxygen deprivation. The individual then awakens, startled and gasping. A person with sleep apnea may awaken as many as two hundred times throughout the night. The affected individual may not remember these awakenings, but anyone else who is awake at the time can be naturally become alarmed when the person with sleep apnea stops breathing. In the less common form, central sleep apnea, breathing is stopped, not because the airway is closed, but because the diaphragm and chest muscles stop working.

Aside from disrupting normal sleep and causing extreme sleepiness during the day, sleep apnea associated with other, more serious. health problems. People who have sleep apnea tend to have higher than normal blood presure and are more likely to have strokes than the general population, and they also face an increased risk of heart disease, although the reason or reasons for these links are not known. People with sleep apnea also seem to have a higher-than-normal incidence of emotional and psychotic disorders. Experts attribute this to what they call a “dream deficit” – a lack of adequate rapid-eye-movement (REM) sleep, the stage of sleep in which dreaming occurs. A person with sleep apnea often cannot settle into REM sleep for even the eight to twelve seconds it takes to have a normal, healthy dream. While there is much about the phenomenon of dreaming that is not understood, it is known that prolonged periods of sleep deprivation can induce various psychoses and other serious emotional disorders.

Caution: Do not use chamomile on an ongoing basis. Avoid it completely if you are allergic to ragweed.

Caution: Don not overuse melatonin. According to some recent reports, more than occasional use melatonin can permanently stop the body’s own production of this vital hormone.

Other Considerations For Insomnia