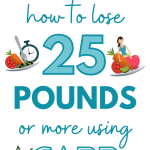 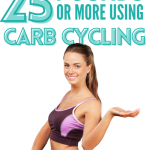 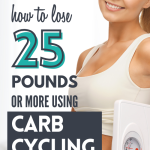 Sometimes in the world of fitness and nutrition, scientific ideas once considered valid fade into obscurity. For example, the outdated claims that eggs cause heart attacks, or that low-fat, high-carb diets are superior for losing weight.

Far more often, “bro-science” that sounds legit spreads like wildfire with zero credible research to support it. Like concerns that creatine harms your kidneys, or that you can only absorb a limited amount of protein per meal.

But occasionally, ideas that sound like bro-science turn out to be effective. And sometimes, they’re even supported by scientific evidence.

The topic of this article, “metabolic cycling,” is the perfect example of a concept that seems kooky but deserves a closer look.

In this article, we’ll go over what people mean by metabolic confusion, whether it truly works, and how to understand and take advantage of the underlying truths — plus practical examples you can use today to lose weight, gain muscle, and transform your body.

What Is Metabolic Cycling?

The metabolic cycling diet, is based on a principle called carb cycling.

In a nutshell, people who follow the metabolic cycling diet change up their calories, and often other macronutrients, in an attempt to “confuse” their metabolism and speed up the fat loss process.

First of all, we’ve got to be brutally honest here. The term “metabolic cycling” is entirely made up and unscientific.

Your body knows exactly what to do with calories and macronutrients, and there’s no real way to “confuse” it.

But that doesn’t answer the question of whether dietary practices like metabolic cycling and carb cycling work.

Firstly, for plenty of people, cycling calories and macros is confusing and unnecessary.

So if you’re a beginner and your goal is to lose fat or build muscle, don’t obsess over these lesser details. Instead, focus on the basics — like showing up for workouts and eating a caloric surplus or caloric deficit as needed for your goals.

However, the surprising answer is that despite the silly name, metabolic cycling can still work.

Keep reading to learn more about the scientific principles that explain why metabolic cycling and carb cycling diets can be highly effective for transforming your body.

How Do Metabolic- and Carb-Cycling Diet Plans Work?

Metabolic cycling and carb cycling work exceptionally well. It’s a practice that works for people of all experience levels, including professional athletes, figure competitors, and bodybuilders.

Let’s take a look at a fascinating study from the International Journal of Preventive Medicine on “calorie shifting.”

In 2012, researchers at the Shahid Beheshty University of Medical Sciences in Iran recruited 106 overweight and obese female participants aged 26-50 who wanted to lose weight.

To investigate the effects of carb cycling, after excluding people who didn’t meet their criteria, they randomized 74 of the women into two separate fat loss groups: a calorie restriction (CR) group, and a calorie shifting diet (CSD) group.

However, whereas the CR group had to eat the same amount of calories every day, the CSD group got to eat as much as they wanted for 3 days out of every 2 weeks.

In case you were wondering, the CSD group didn’t binge-eat during free-eating periods — on average, they ate about 600 additional calories per day compared to their low-calorie days.

Then, for the next 6 weeks, the scientists tracked everyone’s results on the diet. They also followed each group for another 4 weeks afterward, to see what happened post-diet.

Here’s what they found over the 10-week period:

The CSD group was significantly less hungry and more satisfied after the first 4 weeks compared to the CR group.

About 36% of CR participants discontinued the study during the first 6 weeks, while only about 15% of CSD individuals stopped before it was finished. Both groups lost weight throughout the 6-week period.

The CSD group’s resting metabolic rate (RMR) was higher after their 3-day free eating periods compared to the CR group.

Unlike the CSD group, the CR group’s metabolism continued to fall during the 6-week period. The CSD group lost nearly 2.5 times more fat (not just weight) compared to the CR group.

After the 6-week period, the CSD group continued to lose weight, while the CR group regained some of their lost weight afterward.

To sum up, while there aren’t many studies on this style of diet, the calorie shifting study illustrates numerous potential advantages to varying how many calories you eat per day during fat loss.

In the next section, we’ll cover some of the reasons carb cycling may be more effective than ordinary calorie restriction for losing fat — as well as how to use it to add muscle without gaining fat.

Leptin is a hormone in your body that affects your metabolic rate, satiety (feelings of fullness), and fat-burning.

Research suggests that extra calories can boost your leptin levels, at least temporarily.

Essentially, while leptin probably isn’t the primary reason calorie cycling works, it may play a role.

You may have heard “starvation mode” is a myth, but that’s incorrect.

According to studies, if you cut calories drastically for long enough, your body does slow your metabolism and reduce your hormone levels.

And the drop in metabolism isn’t due to just a single hormone (such as leptin, for example), but instead occurs because of changes throughout your brain, central nervous system, and many different cells.

Researchers term this process adaptive thermogenesis, not “starvation mode,” but regardless of what you call it, it’s an obstacle for fat loss if your calories are too low.

Basically, calorie cycling might help prevent adaptive thermogenesis by signaling to your body that food is available.

Insulin from meals can prevent you from burning fat for fuel — that’s one reason that fasted cardio is so effective for speeding up fat loss.

Because insulin is an anti-catabolic hormone that helps prevent muscle breakdown, temporarily raising your insulin levels with extra calories and carbs may help preserve muscle mass as you shed fat.

In other words, although insulin temporarily halts fat-burning, occasionally spiking insulin during fat loss may decrease the amount of muscle you lose, leading to better overall results.

And if you lift weights during fat loss (which you should), calorie- and carb-cycling could also enhance your exercise performance by increasing the levels of glycogen (sugar stored for fuel) in your muscles.

Some research suggests that for humans, eating the same exact number of calories every day is unnatural.

According to evolutionary biology, our ancestors most likely experienced conditions of food abundance or periods of scarcity that may have led to a sort of natural “calorie cycling.”

In nature, can you imagine an ancient hunter-gatherer eating precisely the same amount of calories every day for months at a time? Probably not.

Additionally, regularly alternating between a caloric surplus and calorie deficit may be beneficial for your health.

In summary, consuming a calorie deficit some days using practices like fasting or calorie restriction, and a calorie surplus other days, could be ideal in an evolutionary sense.

Along with leptin, plenty of other hormones also change in response to how much you eat.

Here are some of the most important hormones that change in response to your food and nutrient intake:

Compared to a constant calorie deficit, calorie cycling may balance your hormones, which could enhance your results.

How to Design a “Metabolic Cycling”-Style Diet Plan

Here’s what you need to factor in, in order of importance:

Or, if you want to improve your body composition by building muscle and burning fat at the same time, without gaining or losing weight, that’s called body recomposition or “recomp.”

Next, calculate your average daily and total weekly calories using these formulas as a starting point:

For example, if you weigh 150 pounds and want to lose weight, your average daily calories are 1,500 kcal, and your weekly calorie count is 10,500 kcal.

Also, keep in mind that based on your future results, you may decide to tweak these formulas later on.

Here’s where things get slightly complicated, and the reason that calorie cycling isn’t the right approach for brand-new beginners.

The next step is to determine how many calories to eat each day based on your goal. Start with these suggestions:

Overall, recomp is the easiest goal to calculate — multiply your body weight in pounds by 12, then eat 500 calories below that amount one day, followed by 500 calories over it the next day. Repeat indefinitely.

Or, in keeping with our fat loss example from above, that 150 lb individual would exceed her average daily calories of 1,500 kcal by at least 500 calories on surplus days (a total of 2,000 kcal), and would eat no more than 1,000 kcal on deficit days.

Note that you can also vary the number of calories on each surplus or deficit day, but you should keep things simpler at first.

If you’re new to calorie and carb cycling, simply eat whatever macros you usually eat every day — or you can use diets like keto, paleo, Zone, or another approach of your choice.

And initially, you should skip the carb cycling technique discussed in this section.

However, after a few weeks of calorie cycling, you can also try cycling macros based on the following activities to make your diet even more effective:

Also, you can use fasting periods as an easy way to achieve a calorie deficit on low-calorie days, plus pair fasting with cardio for even better results.

Writing off “metabolic cycling” as bro-science might be easy, but that would be a mistake.

But regardless of what you choose to call it, there’s some credible evidence suggesting it works, plus the fact that plenty of high-level athletes and other successful individuals in the fitness world use it.

Whether your goal is fat loss, body recomposition, or hypertrophy, you can use calorie- and carb-cycling for more muscle, less fat, and better athletic performance.

However, beginners and people who aren’t dedicated to tracking calories and carbs will be better served by a more basic dietary approach.