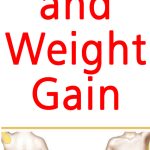 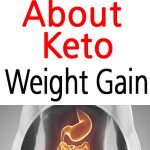 The keto diet can be great for weight loss, but in some cases it can lead to weight gain.

I know, I know…the keto warriors are ready to pounce on me for saying such a thing.

Unfortunately, keto CAN and WILL lead to weight gain if you aren’t careful.

I want to make sure that doesn’t happen to you!

6 Reasons Keto Could Be Making You Gain Weight

I’ve promoted Keto for many years, BUT I’m not one of those “Keto 4 Life” type of experts.

Your should enjoy your eating while on a Keto lifestyle plan.

The only way someone would gain weight on the keto diet is if they binged on high calorie foods for an extended amount of time such as full-fat dairy, avocados, coconut oil, fatty cuts of meat and nuts.

To avoid sabotaging any progress you’ve made on the diet, be cautious of any low-carb foods, and consuming whole, real foods as much as possible.

You don’t have to “Keto hard” but you do have to be somewhat compliant while doing Keto to expect any weight loss results.

The 3-Week Ketogenic Diet gives you everything you need to be successful on a ketogenic diet…see the results for yourself!

Yeah right! You may be thinking…

Believe it or not, in my 15 years of coaching women on how to eat, the majority of the time, they aren’t eating enough.

Most women are eating plenty of the wrong foods and not enough of the right foods!

Especially when it comes to keto. It’s no surprise my article, Low Carb Foods To Avoid On Keto is so popular.

We don’t know what to eat and what to avoid!

The body will reduce the number of calories it needs when it’s presented with a significant calorie deficit.

What this means for keto dieters is that the weight loss will stall or plateau.

Wait, I just said you aren’t eating enough…now you’re eating too much!

While experimenting with the ketogenic  diet, it may be helpful to track them.

Some will say that you don’t need to have a caloric deficit in order to lose weight, but that’s simply not the case for everyone.

When you are consuming a high-fat diet, it’s very easy to go overboard on the calories.

To make sure you don’t overindulge, she suggests tracking your food intake (with an app) for a few days to see where the caloric level is, and adjust accordingly from there.

4.) You’re Drinking Too Much

The keto diet allows for alcohol in moderation. Although it might be a good idea to lay off the alcohol for a period of time.

The carbs in alcohol are not doing you any favors on the keto diet, especially since you’re only allowed a small amount of them.

Given that most mixed drinks (and beer) have extremely-high sugar and carb contents, you’ll want to avoid them altogether when observing the diet.

In the beginning stages of a ketogenic diet, it’s best to abstain from alcohol — if at all possible.

While some forms of alcohol have no carbs and can be made into non-carby drinks by using carb-free beverages, the way in which alcohol is processed by the body can cause you to gain weight.

When alcohol comes in, the body sees it as a poisonous substance. It’s toxic, so everything in the bloodstream is immediately stored in order to handle the problem.

Carbs, amino acids, and triglycerides all go into storage.

And this includes what you happen to be eating along with that alcohol.

Everything is stored, but fatty foods are the worst because they are going to go straight to your belly and hips.

Nothing stored is pulled back out of your fat cells and used until every drop of the alcohol has been oxidized and disposed of.

Whether you gain weight, maintain, or lose after drinking depends on how many calories you’re eating consistently.

This is because ketone production is put on hold when alcohol is available. You won’t be kicked out of ketosis, but ketosis waits until the alcohol is gone.

Many people talk about glucose being the body’s first choice in fuel, but glucose is not actually burned first.

Since alcohol cannot be stored by the body, the body sees alcohol as primary fuel.

Alcohol is burned first, so you don’t want to drink until you are ketone-adapted because drinking can interfere with that adaption, as well as pack on the pounds.

If you’re in the habit of having 2 or 3 drinks a week and you’re also eating a high-fat meal while drinking, this can be enough to reverse what you’re trying to do by going keto.

Get ketone-adapted first, and then if you want to experiment with alcohol, you’ll be in a better position to see how your body reacts to it.

5.) You’re Cheating Too Much

Cheat days can take your body out of ketosis.

Many people observing the keto diet still have cheat meals or cheat days, and to be honest, this diet clearly doesn’t work like that.

Just one day of eating too many carbohydrates can take your body out of ketosis, which can ultimately threaten any weight loss you may have experienced on the diet.

Diet or not, exercise is always a good thing.

No matter what diet you’re on, not working out or sleeping enough will definitely make you gain weight.

Food allergies and stress are other culprits of weight gain, as they allow for the secretion of cortisol, which causes you to hold onto weight instead of losing it.

Make sure you’re avoiding inflammatory foods, exercising, sleeping well, managing your stress, and taking care of yourself in other ways other than just a keto diet.

Why Are You Gaining Weight?

Since most of the fat you eat is immediately stored in its original form, you have to be able to pull that fat back out of storage and then break it down in a timely manner through the help of lipase.

This means you have to be eating at a calorie deficit to make it necessary for the body to dip into its fat stores to make up for the calories that are missing in your diet.

Pouring bacon grease, olive oil, and butter over your morning’s eggs, all at the same time, is what you can do at maintenance and not what you should do if you are interested in carving off the pounds.

You might also include coconut oil or MCT oil, which has been associated with loss in belly fat.

While keto doesn’t require you to count calories or fat grams, only carbohydrates, you still have to be taking in less energy than you can use throughout the day, or your body won’t have a need to tap into its fat stores at all.

You could potentially see a gain in weight instead.

The state of Nutritional Ketosis makes it easier to eat at a calorie deficit, but that deficit definitely has to be there. This means that despite keto being known as a high-fat diet, you can gain weight if you’re eating too much fat.

In fact, eating fat beyond satiety is the number one reason why people fail at the keto diet. Part of your fat percentage must come from your body fat!

This is what most keto dieters are doing wrong!

According to Dr. Phinney, the creator of the Keto Diet, 80 percent fat is maintenance and not what he recommends for those who are trying to lose weight.

This is why keto doesn’t require you to use macros.

You simply set your protein needs, stick to your carbohydrate tolerance, and then use fat calories to either dial in your deficit or help you maintain your losses. Make sure you are not consuming much protein.

Fat is to be eaten to satiety and not fullness.

But dialing back your fat intake doesn’t mean you have to start counting calories. All you need to do if you’re gaining weight on keto is to trim your fat intake to satiety and your calories will automatically go down.

However, eating too much fat isn’t the only reason why you might not be losing weight on your ketogenic diet.

What Do People Who Lose Weight On Keto Know What You Don’t?

Some keto dieters meet their weight loss goals by ensuring their meal plans are sugar-free while others slash their fat intake to see any weight loss on the scale.

Whether you have to rein in your appetite, wait out a water retention problem, dial back your exercise routine, or cut out what you’re sensitive to, keto can be easily tweaked so you can stop gaining weight on keto.